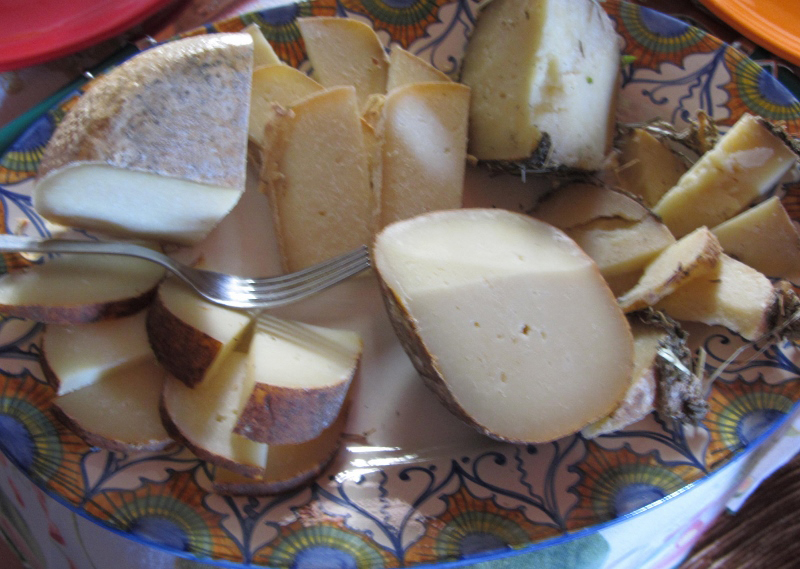 What the Heck is Umami?

Last spring, I was sitting around a table with a few food industry people and none of them understood the term umami when I said it. I thought, “Wow, how is it possible to be in the food industry (including meat and mushroom sectors) for over 20 years and not have a clue what umami is?” But they didn’t! If you have been following me over the years I have been blogging and tweeting, you know I have more of a savoury/salt tooth than a sweet tooth! And umami is usually my favourite taste. So I thought it was a good time to blog about it.

What is Unique about Umami?

Since 1985, umami has been scientifically recognized as one of the basic tastes, along with sweet, sour, salty, and bitter. It is said that the taste of umami closely relates to the taste of savoury, earthy, meaty, broth-like, or mouth-fullness. Mushrooms, tomatoes, aged cheeses, fermented beans/vegetables, sourdough bread, seafood, seaweed and cured meats are foods that support the umami taste (1).
Umami substances are amino acids or proteins that exist in their salt form (2). Glutamic acid causes the umami taste, and is found in foods at various concentrations (3). For example, certain cheeses vary in glutamic acid concentrations. A study reviewed the umami components in umami and non-umami Cheddar and Swiss cheeses. The results showed that glutamic acid concentrations were the highest in the Cheddar and Swiss umami cheeses. It is stated that the harder and more aged cheeses have higher glutamate content (3).

Umami on the Brain

Umami is also similar to the other 4 basic tastes. A study examined the representation of the umami taste in the human brain. Ten healthy, right-handed people participated in the study. The results showed that the taste of umami activated similar brain regions to glucose (4). Therefore, umami works in the same way as other tastes.

Savoury on the Rise

One of the trends for 2014 includes sultry sweet flavours combining two or more sweet and/or savoury ingredients such as ginger, roasted sesame and caramel. This provides great flavour opportunities for both the baking, soup and meat industries. There is a US restaurant chain named Umami Burger that started in California but has expanded east to include Florida and New York. Their umami signature beef burger has shiitake mushrooms, caramelized onions, roasted tomato, parmesan crisp, and umami ketchup. Talk about savoury heaven!

I often wrap up my blogs with a bottom line or a recipe. This time it is a recipe. Some umami recipes can be over the top with sodium and respecting that it is Salt Awareness Week, I’ve included this Miso Soup with Tofu and Kale from wholeliving.com. The recipe suggests unsalted and low sodium ingredients, letting the earthy, umami flavours take the spotlight.